While I would not say “That was much better than I expected” to someone who had made a meal that I just consumed, for some reason it is completely fine to use these words when describing my experience with growing the Crystal Apple Cucumber. The Crystal Apple cucumber vines were fast maturing, productive and delicious. 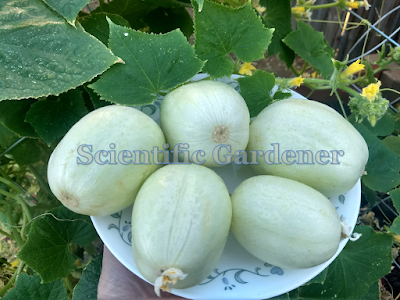 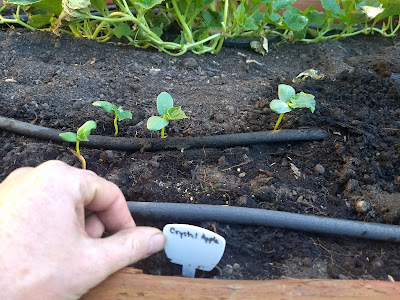 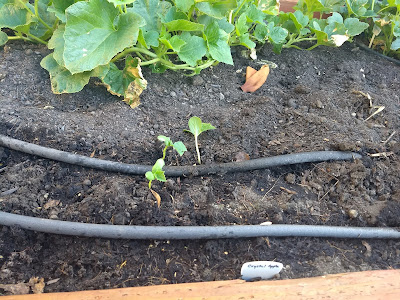 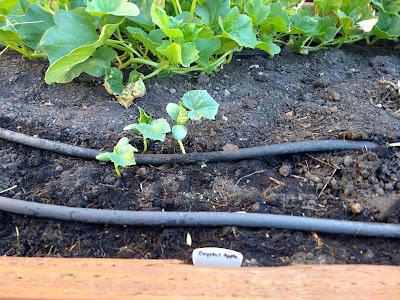 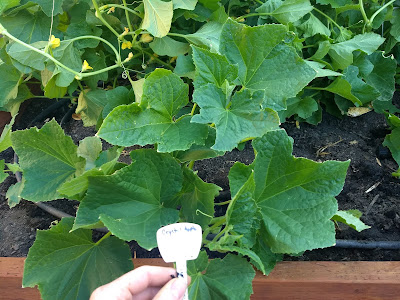 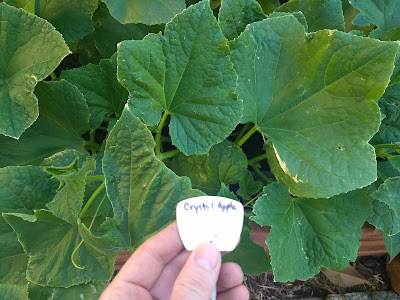 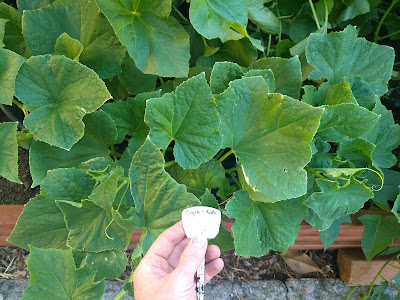 While the gardener could pick them when they are green and nearly cylindrical I definitely prefer picking them when they have turned white and have filled out more. 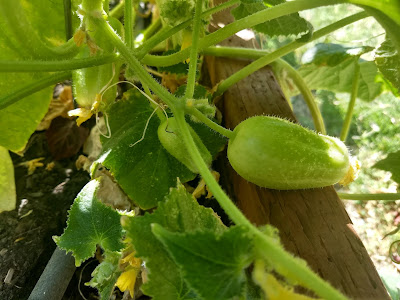 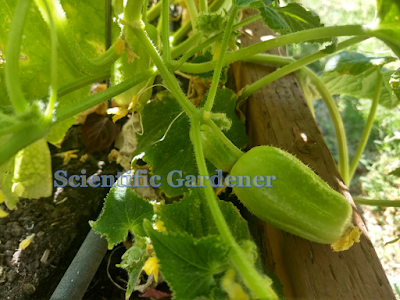 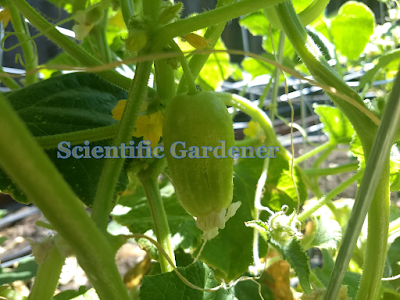 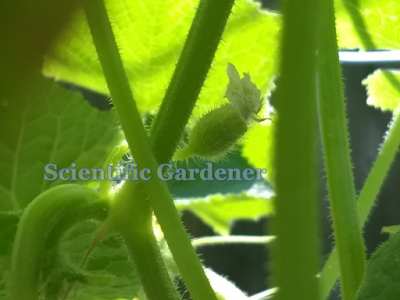 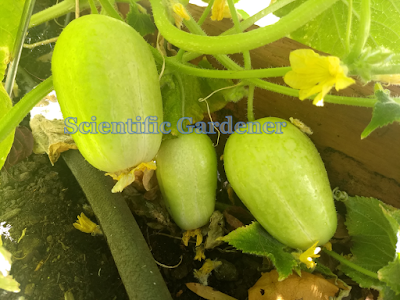 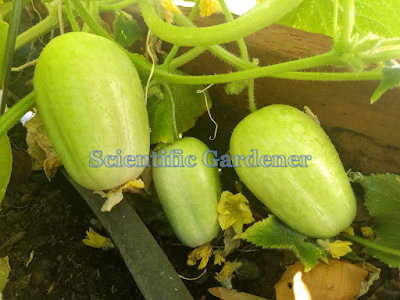 The Crystal Apple cucumber was introduced in Sydney, Austrialia by the Arthur Yates Seed Company and was imported and offered by American seed companies, such as Ferry Morse, in the early 1930s. It has a relatively thick creamy white skin, but has a nice crunch and juicy flesh. 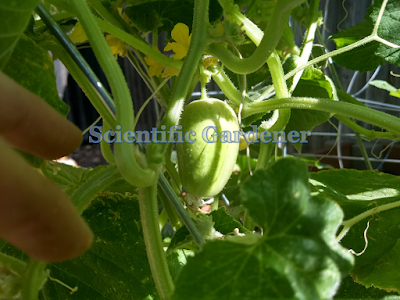 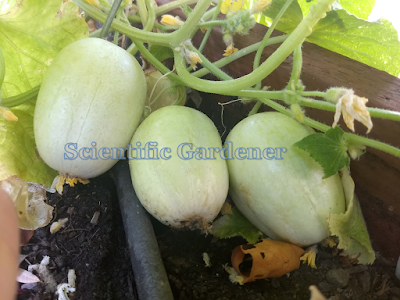 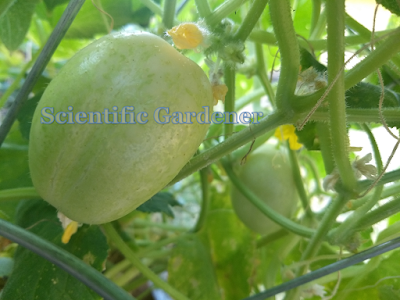 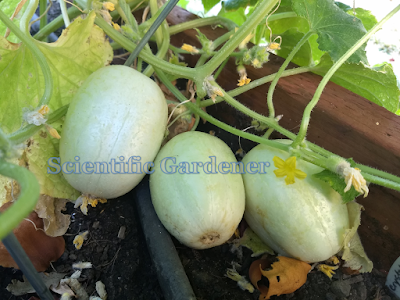 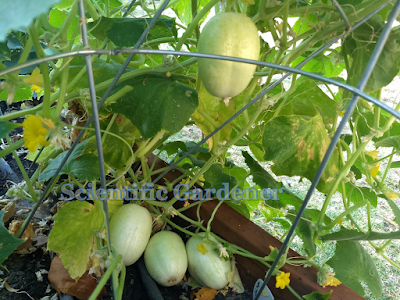 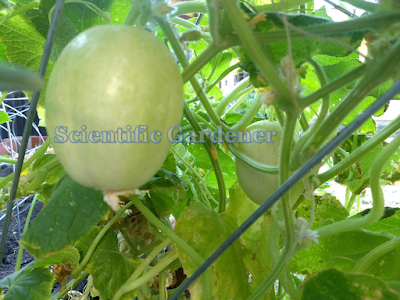 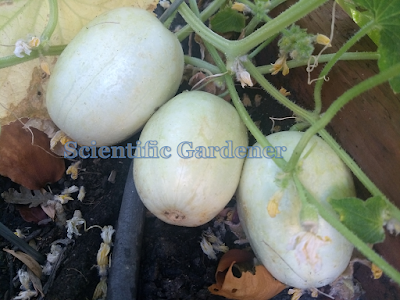 I really enjoyed looking at the fruit, as it always seemed abundant on the vines I grew. If given the opportunity to grow many of the cucumbers I did this season, I would definitely consider another go with the Crystal Apple Cucumber. 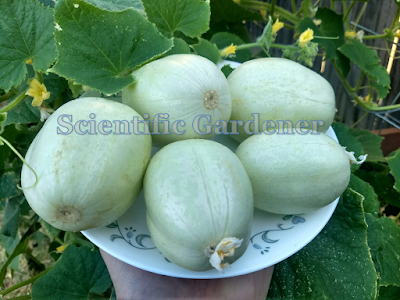 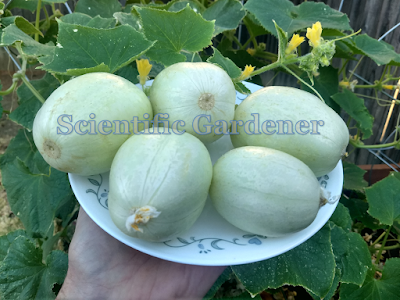 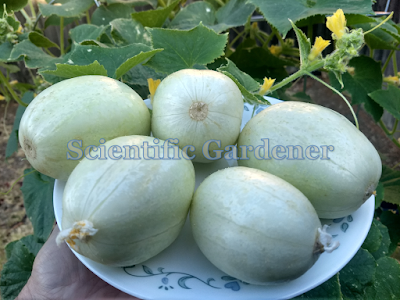 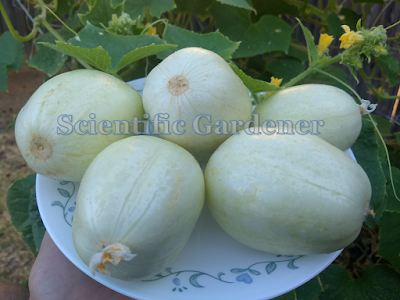 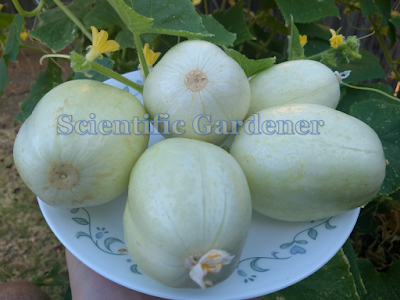 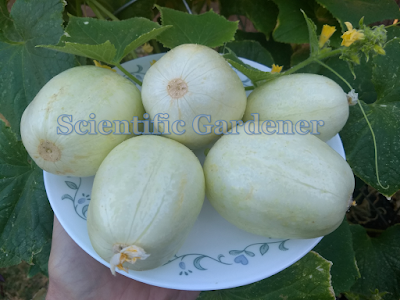 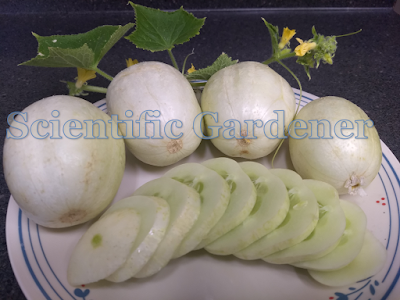 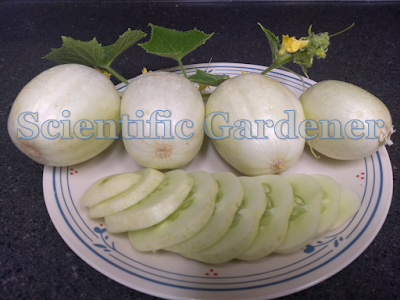 Email ThisBlogThis!Share to TwitterShare to FacebookShare to Pinterest
Labels: Cucumbers