When growing out the a seed packet Carosello Spuredda Leccese cucumber-melon what I expected was something that was either dark or something with stripes. What I did not expect was to grow something that was between light and dark. The Carosello Scopattizo Barese is the equivalent of a middle-of-the-road carosello – at least in color. This carosello has some light with little dark spots at every pore, making the whole fruit (or at least everywhere but the furrows) appear an emerald green color. 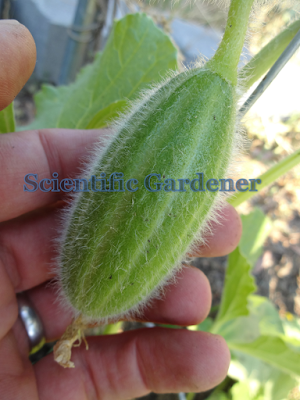 The flavor of this variety is much like other carosello. The water content is a little lower than some, but higher than something like a Medium Long of Polignano or Medium Long of Barese. There is definitely some sweetness to it. However, what I really like about many of the carosello is the color. I know that the color does not dramatically change what the flavor is, but to me it makes a difference. 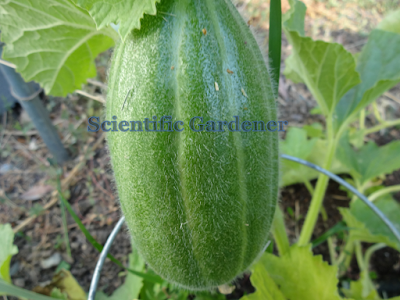 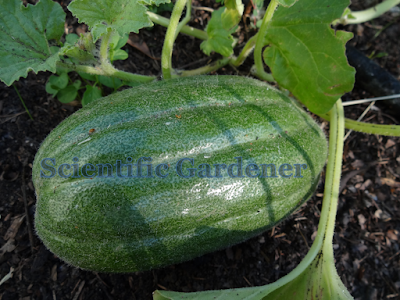 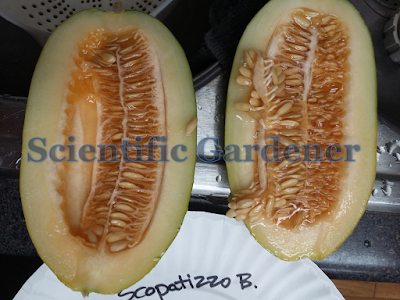 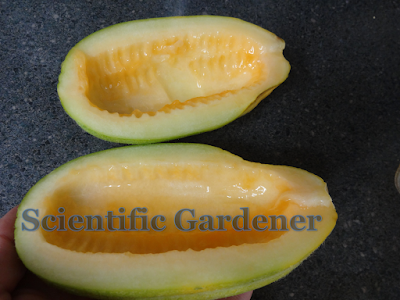 One of the interesting things about growing carosello is to see the difference in the mature fruit color seed color from one variety to another. Some seeds and fruit are light inside and some, like the Carosello Scapattizo Barese have orange color in them as well as darker seeds. Though I previously found that many off-type carosello that I grew in the past would produce lighter fruit, it seems that – as of late – I have been coming across the Scopattizo Barese much more often. Sadly, it seems that many seed retailers put whatever carosello seed they find into seed packets without regard to what the seed will really grow.

Of all the varieties that I enjoyed growing out in 2018, the Splotched Carosello Leccese was my favorite. This is a completely unknown variety that I just named, but it definitely looks like a mixed-up variety that I can continue to work to isolate until I get a stable seed line. I started somewhere around July 11th and ended around September 8th. 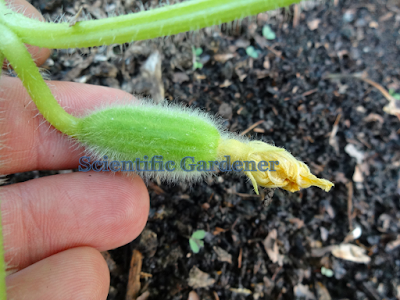 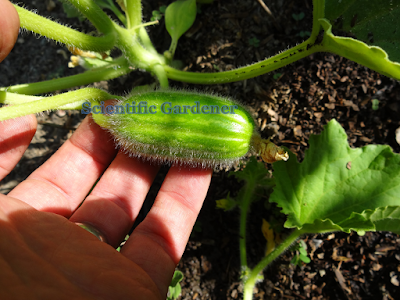 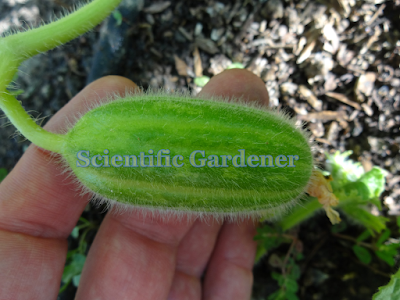 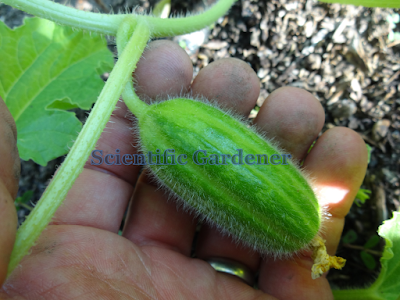 The three things about this variety that seem the most promising are the fruit texture, the lightly colored furrows, and the splotching. It seems peculiar that the one carosello that I grow that is unknown looks just like many of the seed packets that are sold online. However, I would definitely bet that if you grew most of those seed, you would harvest fruit that look nothing remotely close to the color of this.The texture of this fruit remained quite juicy the whole time it grew.

Unfortunately, due to poor soil and overwatering, I was not able to grow more than one fruit from the to be able to taste it. However, it does look like a very likely candidate for growing out in my greenhouse (to isolate it) before doing a full growout in 2020 or beyond.

For years I had been looking in the seed catalogue at something that looked quite delicious: Perpetual Spinach, leaf beet, or perpetual chard. This vegetable appealed a lot to me because of the opportunity to grow something that tastes like spinach, but grows like chard. Chard, or beet leaves, have always been easier for me to grow than spinach. Chard has a lot more holding capacity in the summer than spinach and can be a lot less fussy over the winter. 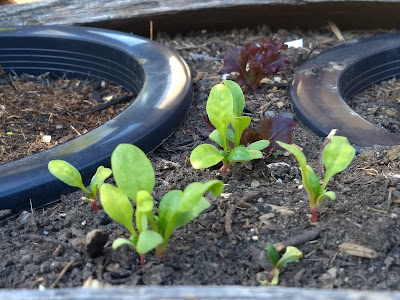 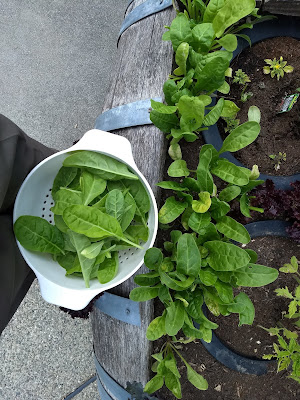 With all these wonderful things being said about chard, it would be a pointless to talk to someone who has not grown this variety to go into detail about this vegetable without describing the taste. What most vegetable gardeners want to know before growing something is: is it likely that I'll enjoy consuming this?

So here's how I'll put it: If you like both chard and spinach, you’ll love perpetual spinach. If you really like chard, you’ll like this leaf vegetable in salads. However, if you don’t like chard at all, you’ll probably want to limit your picking of this variety to tender leaves around 3 inches long or less. If the temperature rises too high or the leaves get too long, then the chalky chard texture and copper/iron metallic taste can overpower the pleasant spinach taste or tender crisp quality of the leaves. 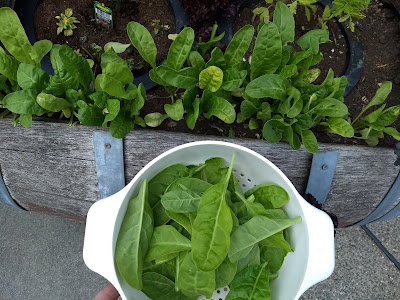 Take away: If you want the longest season of this vegetable for salads, your best bet is in the fall. This will mean that the leaves grow slowly for maximum use of smaller leaves for salads. Once the heat sets in and the leaves grow quite a lot, this variety is better cooked. 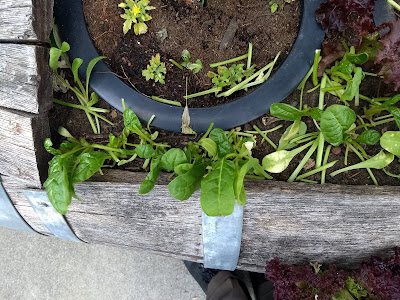 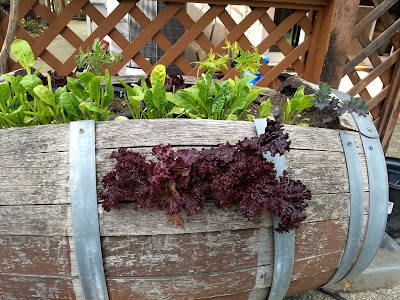 Another alternative: In the spring, transplant perennial spinach into areas that will receive plenty of shade, while still having airflow. With ample shade, this variety remains tender longer and, if spaced properly with adequate airflow, will develop healthy stands of leaves for salads and, as the temperatures rise, for cooking or juicing. Yum! 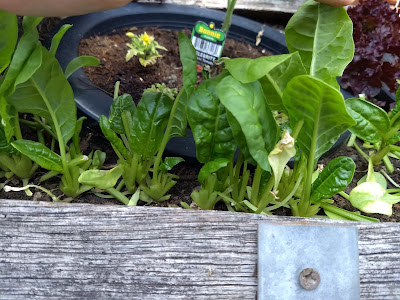 For those of you not familiar with a Mediterranean climate, such as near the California coast and throughout parts of Italy, the summers can be dry and hot and the winters can be cool and wet. As cool and wet can be a challenge for vegetable gardening, I often choose to plant crops that require minimal maintenance over the winter. The majority of what I am currently growing in the spaces that I manage are cover crops, or green manure plants.


At home, I am growing fava again. However, this time I have been adding oat grass to the mix. I have heard that oats are able to make the silicon in the soil more soluble. As there have been some studies on the relationship between soluble silicon and powdery mildew resistance, I thought it would be worth trying it out. Even if I do not get my cucumber-melons to resist powdery mildew as long as I want, I can still compost the oat grass.


While I have heard that some gardeners utilize their greenhouses over the winter (something I’m sure I would have done back in Tucson) I really have no desire to go through the work of maintaining plants in my greenhouse over the winter. As greenhouses can be a lot of work, it can be a much needed relief if you don’t have to be in them year-round. While my greenhouse doesn’t look as bad as the last photo I took of it (I have since harvested the sweet potatoes) I will probably be cleaning it up quite a bit before my next photo session. 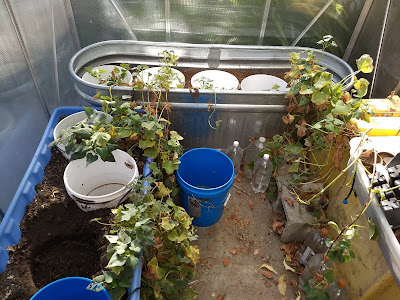 One of the main reasons that I grow cover crops over the winter is because I don’t care much for battling critters for food. This includes squirrels. When I moved into my current location I initially had a major concern about the stray cats using the restroom in my garden. Since most of the cats have since moved on or been relocated by neighbors, the squirrel population has seemingly exploded. With this has come the constant digging up of my potted lettuce. I won’t go into all my emotions about this, but in short I’ll just say I am now growing lettuce on my balcony in 5 gallon buckets whose soil is protected by aluminum foil. Tacky? Yes – but effective too. 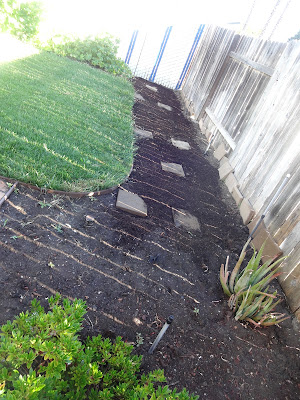 On the opposite end of the spectrum, the chicken garden soil is constantly in need of improvement. Having begun with very rocky dirt, it took a while to begin transforming the ground into more healthy dirt. Additionally, the section with tomatoes from last fall seems to still be having concerns. Though I began growing mustard greens there (for biofumigation purposes) I am considering planting some grass, like oats there for a second cover crop soon. The mustard is not doing as well as I would like. As I have said earlier, tomato plants can be worse than antibiotics for the human gut. Tomato plants suck so much life from and leave so much residual disease pressure on the soil that I try to minimize how many plants I grow. 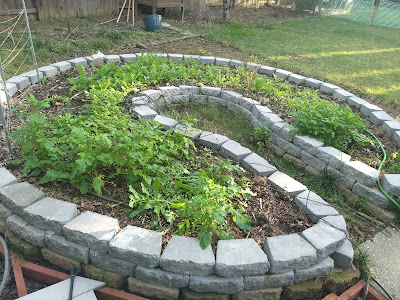 Finally comes the newer garden. My place of employment has permitted me to utilize one of their raised gardens for my growing purposes. Though I grew a small crop of cucumbers to share with the staff last fall, I have some more substantial plans for this plot in the upcoming year. 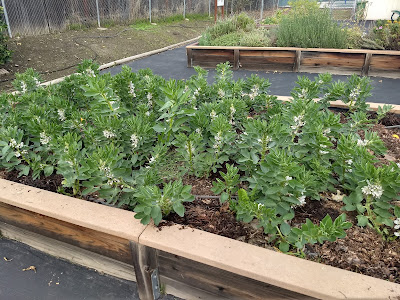 Over the last year, I have worked very hard to constantly gather compostable materials to feed to my gardens. It has greatly helped and enabled my gardens to get better and better each season.

While not everyone who grows or manages garden space may be able to grow year round, I hope that those reading this might consider the merits of “feeding the soil” healthy compost and other inputs that will enable the garden to regenerate the soil life and tap the nutrients necessary bountiful vegetable harvests.
Posted by Jay at Friday, January 10, 2020 No comments: