If you happen to live in a warmer part of the world, you may have seen some weird scaled dark caterpillar larvae thing crawling around your compost. These are the larvae of a very interesting fly. The black soldier fly is a long dark fly that looks very much like a wasp. The flies are rarely seen buzzing around and instead prefer to sit around near piles of food waste. The majority of the time, I will find them just sitting on the leaves of my cucumber-melon plants. 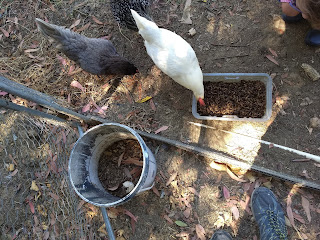 Though they are unassuming as adults, these little critters are power-composters as larvae. Over the summer, I have utilized these critters to get rid of several large catfish and a whole rotten turkey (my freezer died). They digest every kind of food waste that people can eat such as fat, dairy and more. Though I have not seen them eat Styrofoam, like mealworms can, they can definitely eat much more than humans would even think of eating. The results of their digesting so much is a waste product that is very high in nitrogen. Each winter I mix the leftover content of their digestion with autumn leaves as a compost starter.


If you ever try raising black soldier flies there are a couple things to keep in mind.

First: they require a certain amount of heat to be able to digest well. This heat can either be from the surrounding area, or can be produced by having a high quantity of larvae. Before giving them a ton to eat, make sure that you have enough juveniles. They require a critical mass (thousands) to be effective in consuming large amounts of food. I have been told if they are given too much food proportional to their population, they can suffer adverse consequences. On the other hand, once they establish themselves they can handle a large amount of food. They will easily outcompete fruit flies and, if fed regularly, will consume all the waste food that a family can produce. 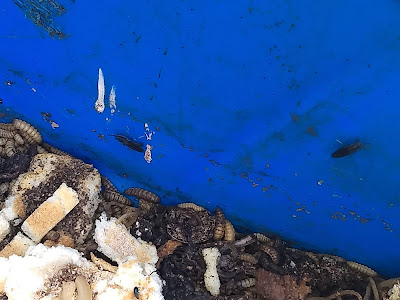 Second: They require ventilation. Though black soldier flies can survive several inches below their food, the container that they are in does need to be aired out. 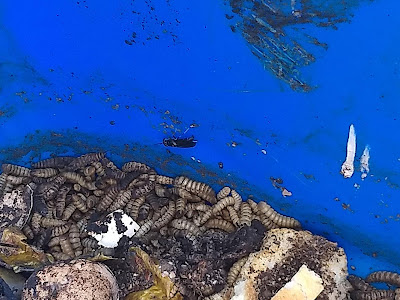 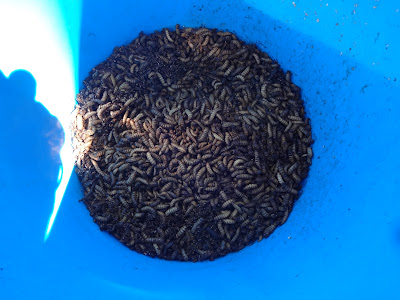 Third: The mature juveniles will want to pupate. At this point, they will want to leave their foodsource and burrow into regular soil. If they are in a container, they will try to get out by climbing up and out of the container. Although I do not have my container set up properly for this, I have a friend who made a container that has a ramp for the black soldier flies to climb into a feeding tray for his chickens.

Speaking of chickens, I had such a large population of larvae over the summer that I decided to share my wealth with my friend who owns the chicken garden. More specifically, with his chickens. 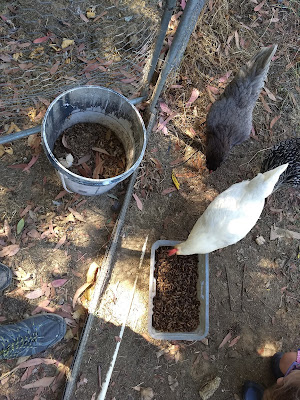 I hope you enjoy the video.