I want to start by saying that, though I have been very focused on growing various cucumber and immature melon varieties out the last dozen years of my life, I continue to feel like a beginner. I keep meeting those who know so much more in many ways, I keep making mistakes and learning new things. With that, I did want to share a little bit of insight for those of you who may want to grow "greenhouse" type cucumbers, but would prefer to use open-pollinated instead of hybrid seed. 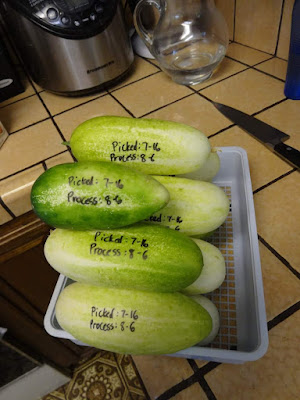 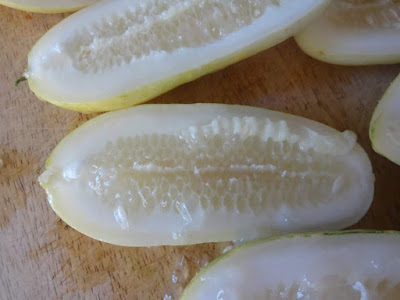 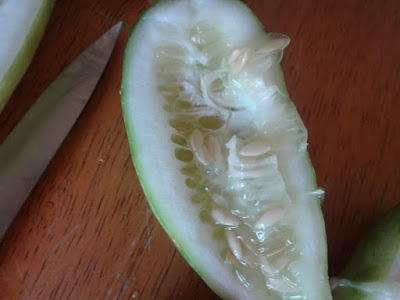 Though many hybrids are parthenocarpic and gynoecious, some parthenocarpic cucumber varieties are also open-pollinated. What does this mean? It means that, though the parthenocarpic plants can produce female fruit without pollination, because the vines also produce male flowers – if they are pollinated properly – they will produce viable seed that will grow the same kind of cucumber. 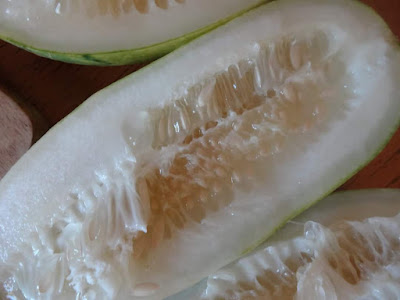 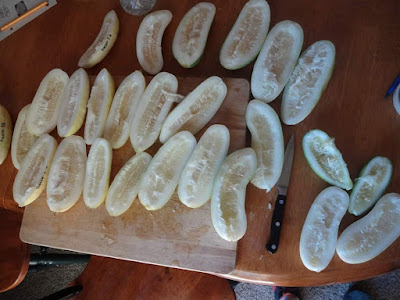 This requires a good population of both plants and bees though, so don’t be surprised if you try to save seeds of a parthenocarpic variety only to find out that there are no seeds in it. If there is no pollinator present to deliver pollen at the precise time when the female flower is ready to receive it, no seed will be set. I have successfully saved viable seed from a few parthenocarpic cucumber varieties. Here are a couple pictures from when I saved seed from Arkansas Little Leaf. As I recall, out of the whole jar, I only harvested a few dozen viable seeds. 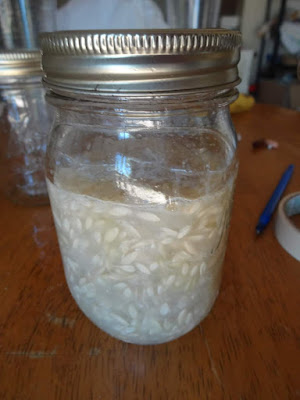