While 2020 was a good year for growing throughout the United States, I had a little trouble growing out in the keyhole garden I call the “chicken garden”. It is not that it didn’t produce. It is mainly that there was so many plants competing for water and other resources that their production was somewhat small.While we did have a good crop of Taxi tomatoes, they seemed to grow smaller at the Chicken garden, then they did at my home. 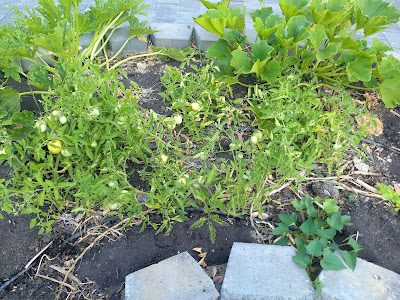 The sweet potatoes I planted seemed to be very similar. They did not produce as well as I would have anticipated. That being said, given the density of the plants in the spring, I was happy to get much by the late fall. 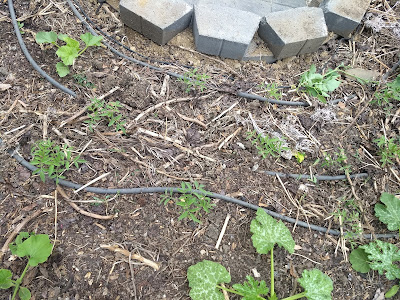 The sweet potatoes were picked late and harvested sometime in November/December. Unfortunately, the pictures I took do not give justice to the harvest. 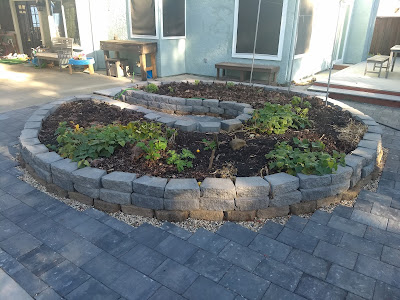 Finally there was the fire. As you can see in some of the pictures, the light is yellow. This is because of all of the smoke that was present in the air from late July through the majority of August due to a local fire. 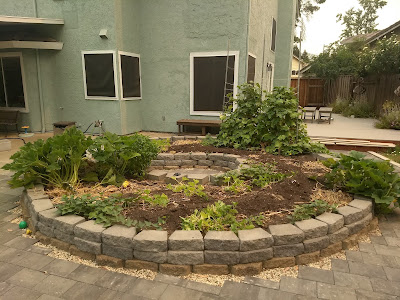 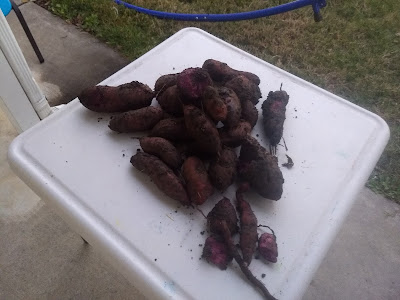