According to one USDA article published in the American Society of Horticultural Science, the Beit Alpha cucumber is a “Mediterranean fresh-market or processed type of cucumber that originated in Israel for use in open-field and protected production… The cultivation of Beit Alpha cucumber is relatively recent, and this market type originated as a selection from a local landrace. Selection was reportedly initiated around 1950 on the Beit Alpha (synonym Beit Alfa or Bet Alfa) Kibbutz (a collective agrarian community) found in northern Israel near the Gilboa ridge… The initial breeding on this market type eventually produced a monoecious uniform variety for open-field production.” 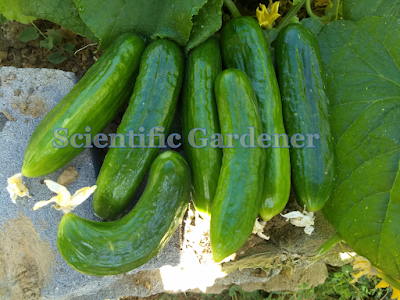 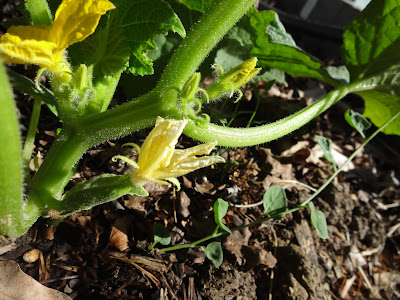 This particular C. sativus cucumber variety has undergone so much breeding work that there are dozens of varieties on the market. Because of all the breeding that has taken place with these thin-skinned tender cucumbers, there are now some parthenocarpic varieties with female flowers that can set fruit without being pollinated as well as gynoecious varieties that produce almost exclusively female flowers. In addition to this, many of the Beit Alpha cucumber varieties are bred to be disease resistant.


While in Turkey, my brother happened upon a seed packet of a Turkish Beit Alpha cucumber, which he sent to me. As I was under the impression that all Beit Alpha cucumbers are parthenocarpic, I was surprised to see that the first several female fruits did not set. It took a while before seeing any female fruit set. 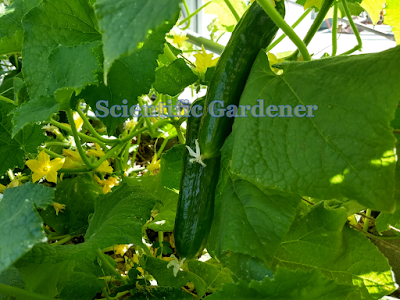 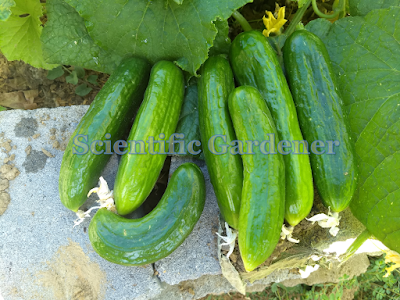 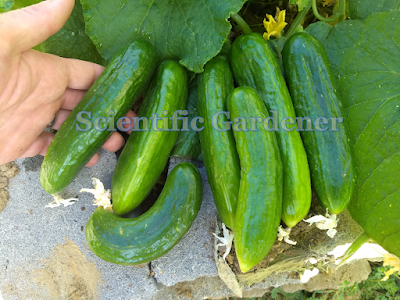 Once the fruit began to set, the owners of the chicken garden were harvesting 2-3 cucumbers per week throughout the rest of the season. They thoroughly enjoyed them and were very glad to be able to have the fresh produce in their yard. For those of you who know me, this may come as a shocker, but given the fact that this variety is unnamed (other than being an Beit Alpha variety from Turkey) I was fine with not saving any seed. 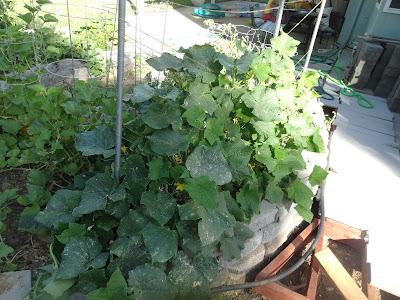 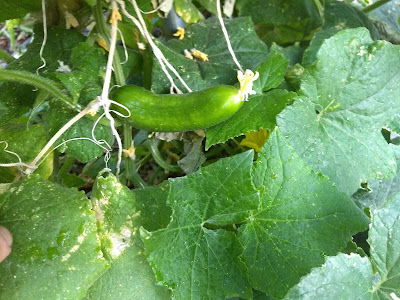 All previous experiences I have had with what we often refer to as “Lebanese” or “thin-skinned” cucumbers has not been positive. Though they are often bitter-free, I have not found a variety that agrees with my stomach. Even this specific variety caused some indigestion. The taste of this cucumber left me greatly lacking. Truthfully – it would probably be fine for everyone else. However, having had so many tender, crisp and good-flavored carosello cucumber-melons, it has become increasingly difficult to go back to a cucumber whose flavor is akin to eating raw collards or clover. So – if you are a regular cucumber lover, than the Beit Alpha is the one for you. But, if you have grown any finer cucumber-melons then the best reason you would want to grow this is... for sharing. 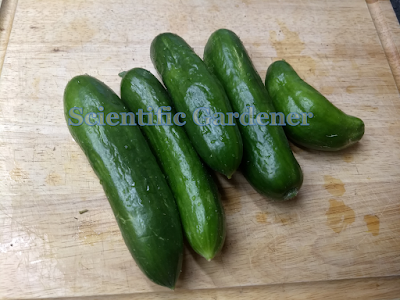