A lot has happened in a few short weeks over here. In order to ensure that my greenhouse was getting sufficient light, I began chopping down the fava beans around the greenhouse. In the process of chopping, I discovered something.


The first thing that I discovered was that bees were pollinating the fava beans.

The second thing I discovered were that the fava beans were growing. A lot of them. 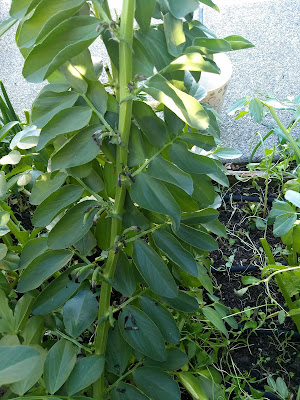 In fact, the fava beans were growing so much, that I could actually harvest some to try. Though I had heard that people do eat fava beans in their immature "snap" long bean stage, I had never tried this. There seem to be no recipes online or any indication that anyone had actually ever eaten snap fava beans and lived to tell the tale. So, being the ever-courageous gardener that I am, what do I do? 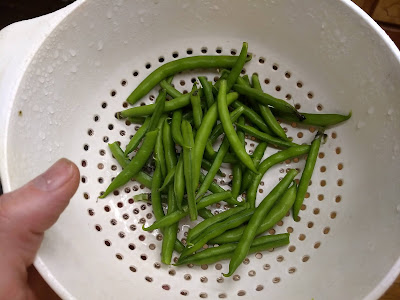 That's right - fava beans are on the menu. And why not? Once they start going into blossom the plants can quickly set dozens of beans on each plant - so here is the report:

My report is that they are quite good. Given that I have tried both Chinese Long Beans and purple hyacinth bean (both of which require salt blanching) I was expecting the worst. My wife said they tasted like beans - not too bad. (However, she later became sick from eating them (Please see the information below). There is just a bit of a fresh asparagus aftertaste, but nothing like the old metallic asparagus aftertaste of the aforementioned beans. This aftertaste is quite pleasant, in comparison. They also taste really good steamed.

Important Update: Be very careful when eating Fava Beans. There are some populations of people throughout the world that can be poisoned by fava beans. If you are trying them out and cooking them for the first time, start with a few and start small. For more information, please see the linked article and map for information about G6PD enzyme deficiency and information about the associated allergic reaction to fava beans that is known as favism.
Posted by Jay at Wednesday, April 10, 2019