Just as each child is different, so are the carosello varieties that I grow out in my garden trials. For the second half of this summer, I decided to try growing some seed that originated with Angelo of Amici dell'orto. The seed was a bit darker than some other varieties, but sprouted up alright and began growing some healthy melon plants. 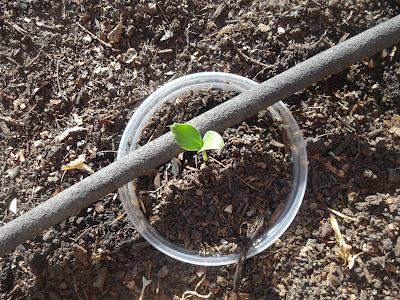 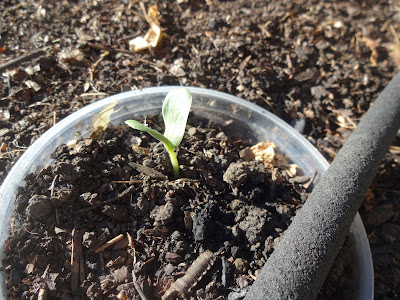 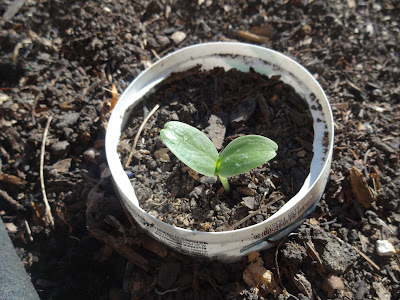 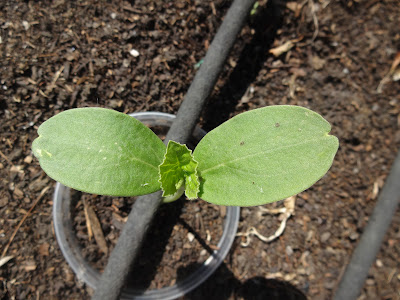 Once the plants began to flower, I started to notice something peculiar. The female flowers would often have one petal that was slightly less developed and smaller than the others. This was not too much of a concern until the flowers began to turn into fruit. At this point, on the side that had the smaller petal, that side of the fruit grew to become more flat, or even concave in comparison with the rest of the fruit. The fruits generally did look more round over time, but the shape of the fruit was often an oblong curve, rather than the preferred sphere shape. 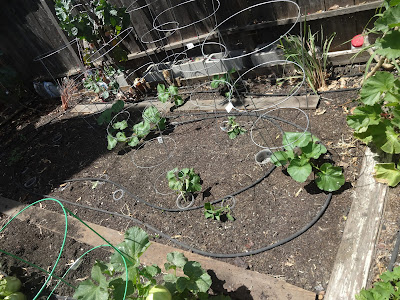 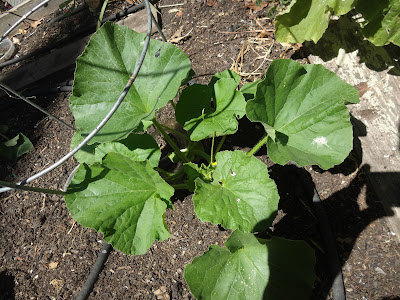 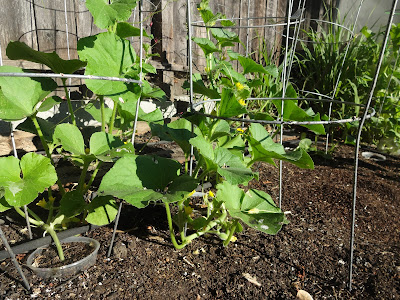 Often times, when gardeners main focus on growing is to increase good taste, texture and productivity - important qualities such as disease resistance, drought tolerance and storage life are overlooked. The Tondo Tarantino excels in powdery mildew resistance, ability to grow with minimal water and the ability to retain eatable quality at room temperature for over a week at a time. These qualities may not seem important right now, but may come in handy in dry gardening or when people need to transport their fruit over long distances. 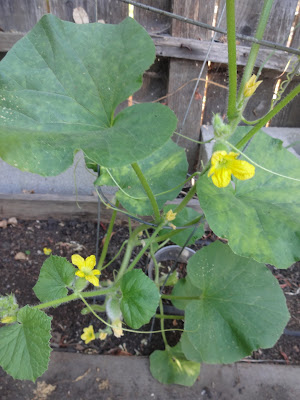 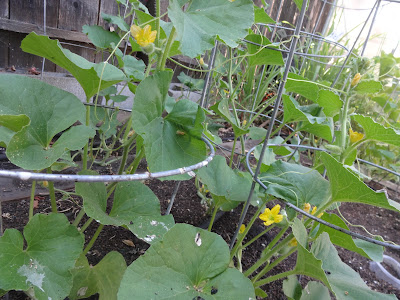 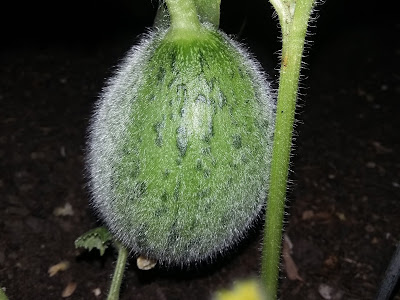 The texture of the Tondo Tarantino is quite crunchy. As the fruit grows to full size, it becomes quite stiff – enabling it to handle some rough handling without too much damage. The flavor of the immature fruit is pretty similar to an Armenian cucumber. One way in which this variety does not follow the pattern of other carosello varieties that I have grown is that it does not grow bigger after it grows to picking size and it never really develops a tender, yet crisp skin or flesh until the fruit turns a yellow color and begins to slowly deteriorate. 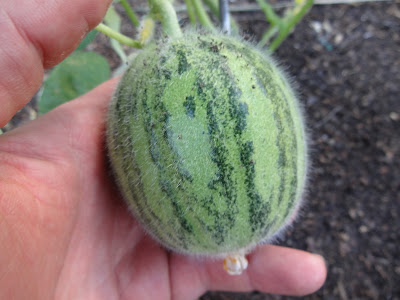 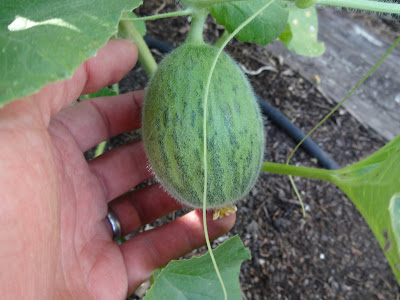 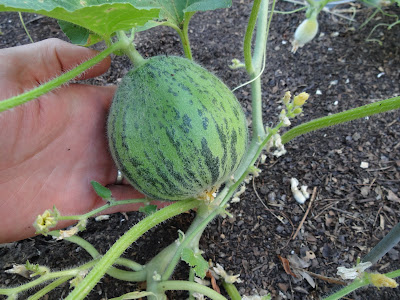 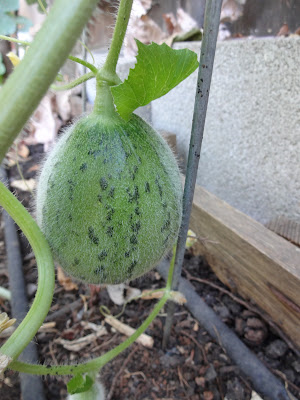 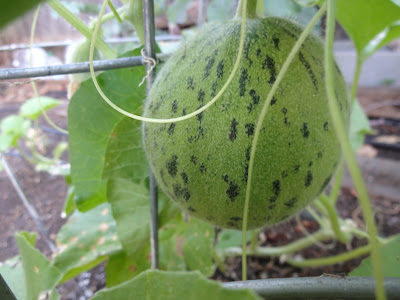 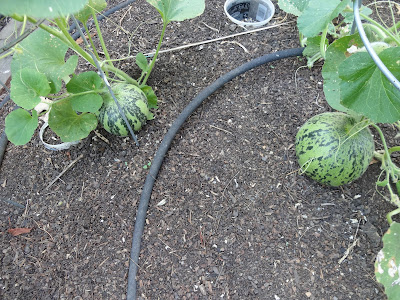 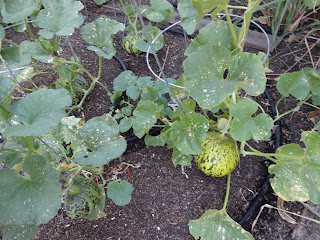 Once the fruit is ready to harvest for seed, the light green flesh of the fruit is only slightly sweet near the center. The seeds are an orange color that is much less like the beige tan color of some other carosello varieties. Overall, I would say that the Carosello Tondo Tarantino Melone is one of the most unique carosello that I have grown. Though It may not make it to my grow-next-year list, it will continue to hold a strong place in the area of genetic diversity for increasing the vigor of other carosello varieties. As I plan out next years’ gardens I will definitely plan to grow powdery-mildew resistant varieties near the end of the summer. 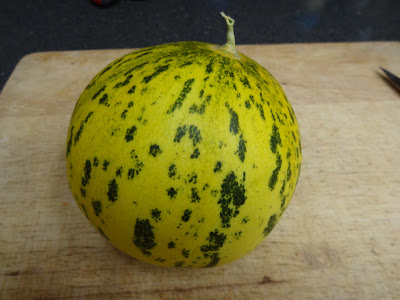 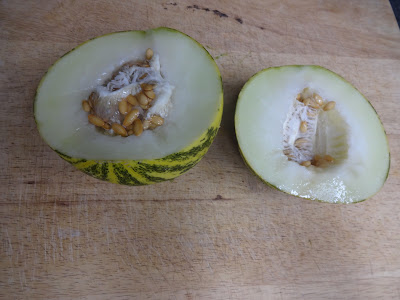 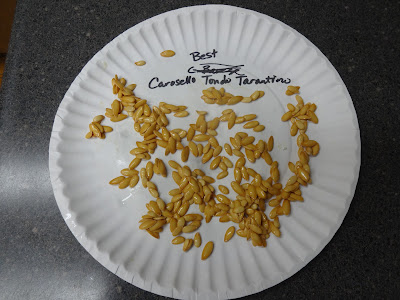 And last, but not least, here is a little video I made about the Tondo Tarantino.