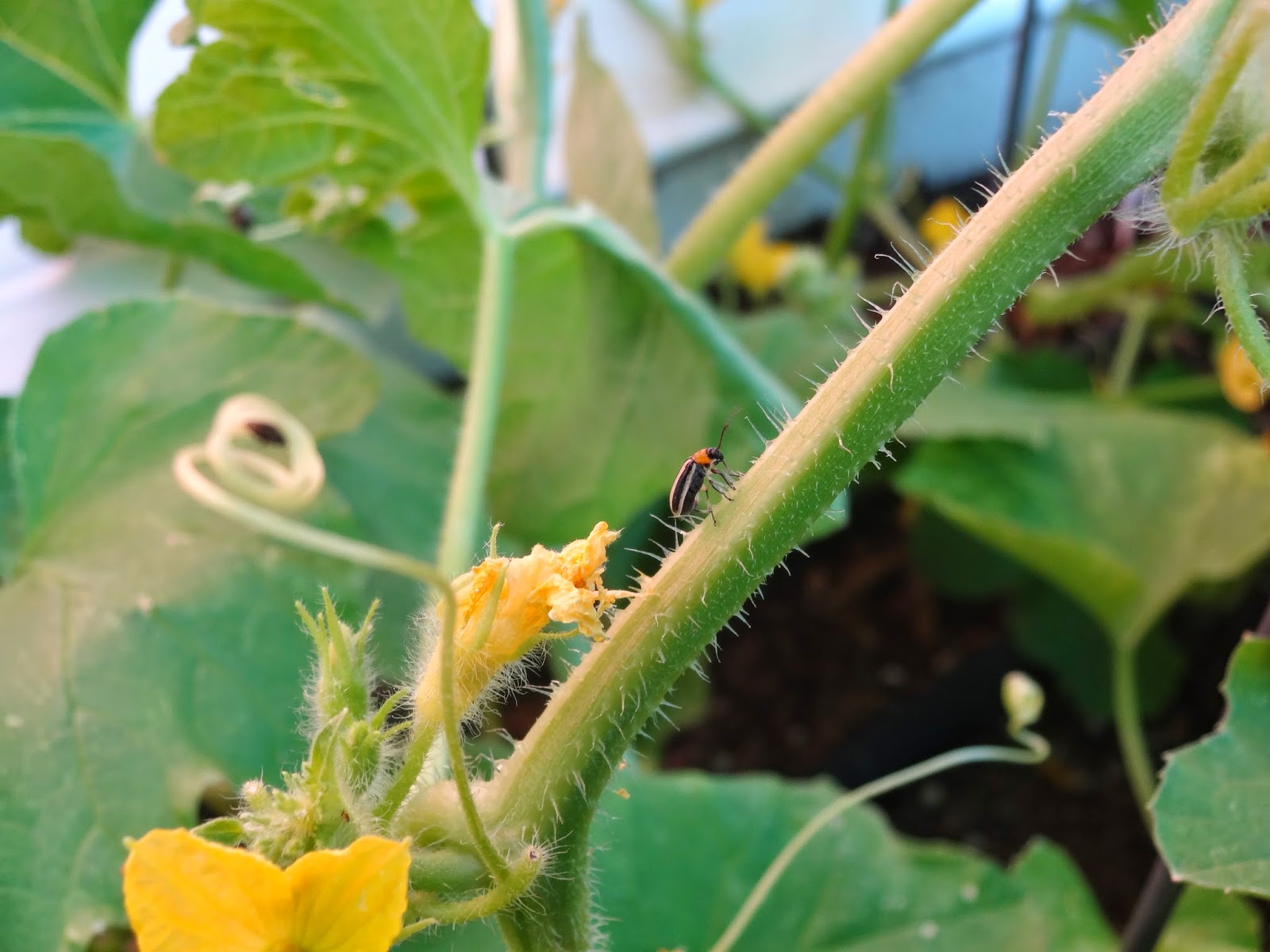 Of all the pests I receive in my garden, the one I see each year – without fail – is the cucumber beetle. To keep my cucumber plants healthy and productive it is important for me to know when the beetles arrive, what they do to my garden, and how to remove them.

How do you know if your garden has cucumber beetles?


Here in the South, these beetles can come in many sizes,  colors and patterns. The dominant color is black with white stripes followed by a green variety that possesses black spots. In the past I have seen some that are nearly neon, though more rare cucumber beetles can sometimes be hard to catch – let alone to take a picture of.


To find the beetles, start by looking at your flowers – and more specifically in your flowers. If there are cucumber beetles in there you will see them coming out and flying away.

Why care about cucumber beetles?


Cucumber beetles destroy both male and female cucumber flowers. In addition, if left in the garden they act as vectors for disease and can cause otherwise healthy plants to become diseased. Though most of the references I have read have only noted that cucumber beetles cause bacteria wilt, I have often suspected cucumber beetles of spreading some form of cucumber mosaic as well.

How does one get rid of these pests?
Because cucumber beetles tend to be very skiddish around people (with good reason) it helps to eradicate them early in the morning. Around dawn, when many friends I know are still feeling sluggish and tired – so are the cucumber beetles. They are a lot slower and, when coaxed out of a cucumber flower, tend to drop on the ground rather than fly away. Simply place the palm of your hand below the cucumber beetle and he (or she) will simply drop down into your palm where you can determine its fate.
Though cucumber beetles are annoying, when compared with other garden pests (such as the notorious squash-vine borer) they are extremely manageable. By keeping my garden free of cucumber beetles I am not only helping myself but all the gardeners around me.